I think there’s a list of films everyone needs to see at least once in their lives. As for me, multiple viewings will do ;). That’s why flipping through Netflix yesterday, I had to revisit this classic.

Heat (1995) directed by Micheal Mann starring a dream cast of Val Kilmer, Tom Sizemore, Jon Voight, (a very young) Natalie Portman, William Fichtner and best of all the giants Al Pacino and Robert De Niro. The film was marketed around the meeting of these two legends and the encounter does not disappoint. But more on that later.

The film tells the story of the cat and mouse chase between the LAPD and a robbery gang after one of their heists doesn’t go as smoothly as planned. That is essentially the plot of the movie. And yet, the film is so much more than that.

Movies have an escapism element where policemen are beefy heroes that go home whistling at the end of the day after exploding a helicopter of bad guys. And thieves are essentially greedy men with two dimensional personalities.

Heat is different. As far as I can recall, I don’t think I’ve seen an action film made earlier than this, that so well captures the toll a profession like police work or professional crime can take on an individual. The film is very much about the personal relationships of the characters in their lives and the effects such lifestyles can have on them. The effect of this is to paint a complex, multidimensional narrative, which grounds such escapism into reality. Suddenly a dangerous bank robber can be your neighbour, with normal human problems. Doing this, whilst successfully making a thrilling action film in my opinion is what makes this one of the most memorable films of all time. 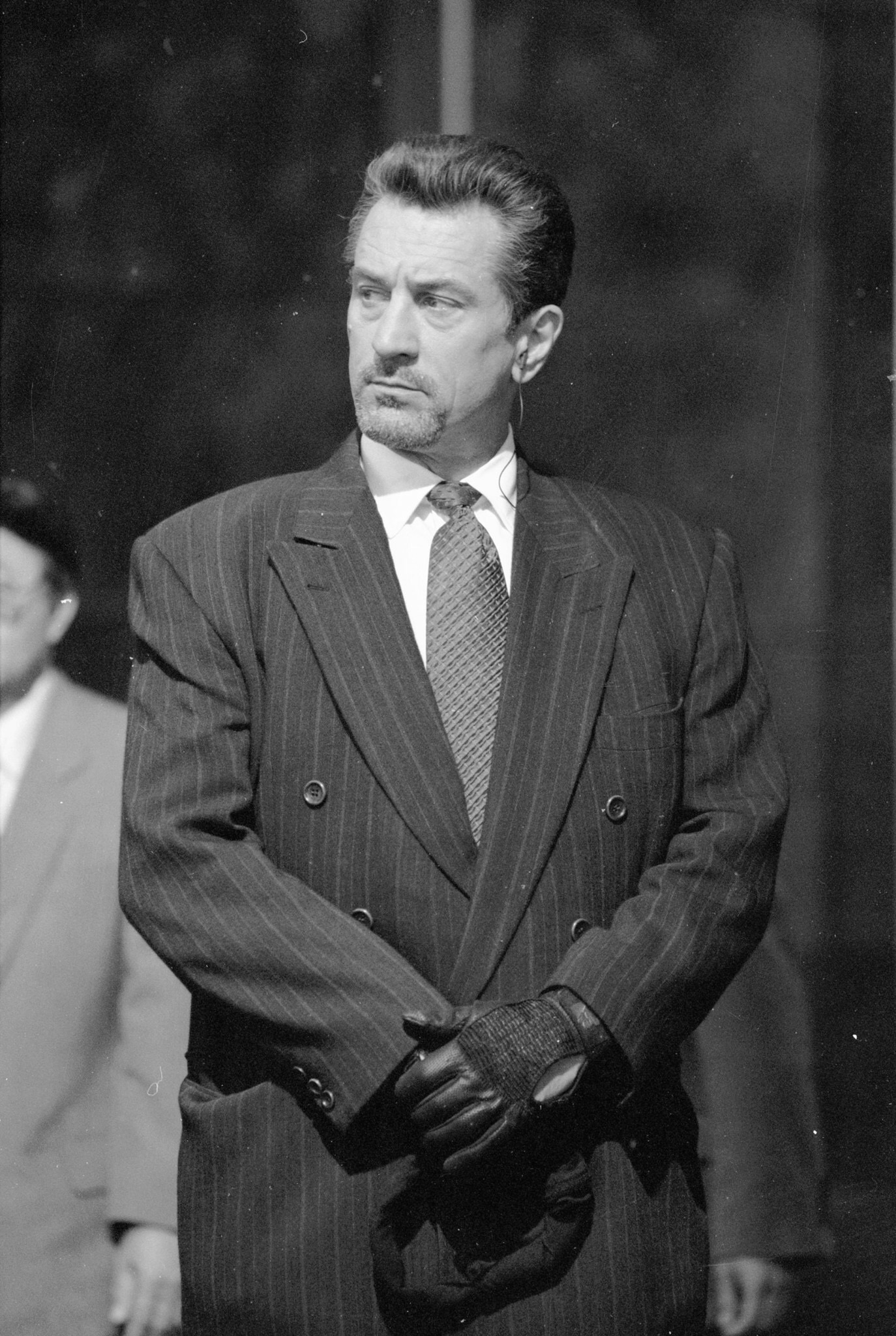 One thing Mann does phenomenally in his films is craft imagery around big cities that are evoke loneliness. Large city lights contrasted on a background of cool blue hues with steady traffic sounds imposed in the background of emotional scenes really paint pictures of the disconnect these characters feel in their lives. The feelings of isolation are palpable. He does these brilliantly in Collateral (2004) as well, although I think this film achieved it more famously.

Not just an artsy flick, I honestly believe the street ambush shootout scene is one of the best put to celluloid. The loud rifles, dark sunglasses and 90s suits are iconic and enough to get your heart racing.

The cast is pretty solid, with a surprise exceptional performance from Natalie Portman amongst so many veterans (at the time) in the business. She only appears in around 3 scenes but steals every shot of them. She really deserves the respected career she went to have.

One cannot speak about this film without mentioning the iconic pairing of Pacino and De Niro. Already established as two of the greatest actors of all time, the two had only ever appeared in the Godfather Part II (1974) together, and had not even shared screen time. This meeting was inevitable, and the film was marketed as such. Unlike many big showdowns in recent film history however *cough* Batman v Superman *cough* this one lived up to the hype.

One can never forget the iconic cafe scene. An eventual conflict had been brewing and comes to light around the middle of the film. Both characters fully developed, both very different personalities, both very different actors. What transpires is nothing short of thespian brilliance. The conversation is one of the most enthralling in film history. Suspenseful, even sided and timeless, like an epic mountain view. One feels the two great actors could back and forth for eternity and still seem entertaining. Like James Hunt and Niki Lauda, like Coke and Pepsi, like ice and fire, the two come together. For a brief moment…they become entirely different people. And that’s art. That’s cinema.