Mad Max: Fury Road (2015) is the story of a former Australian cop living in a dystopian future helping a band of women escape a cruel warlord/cult-leader…I think. 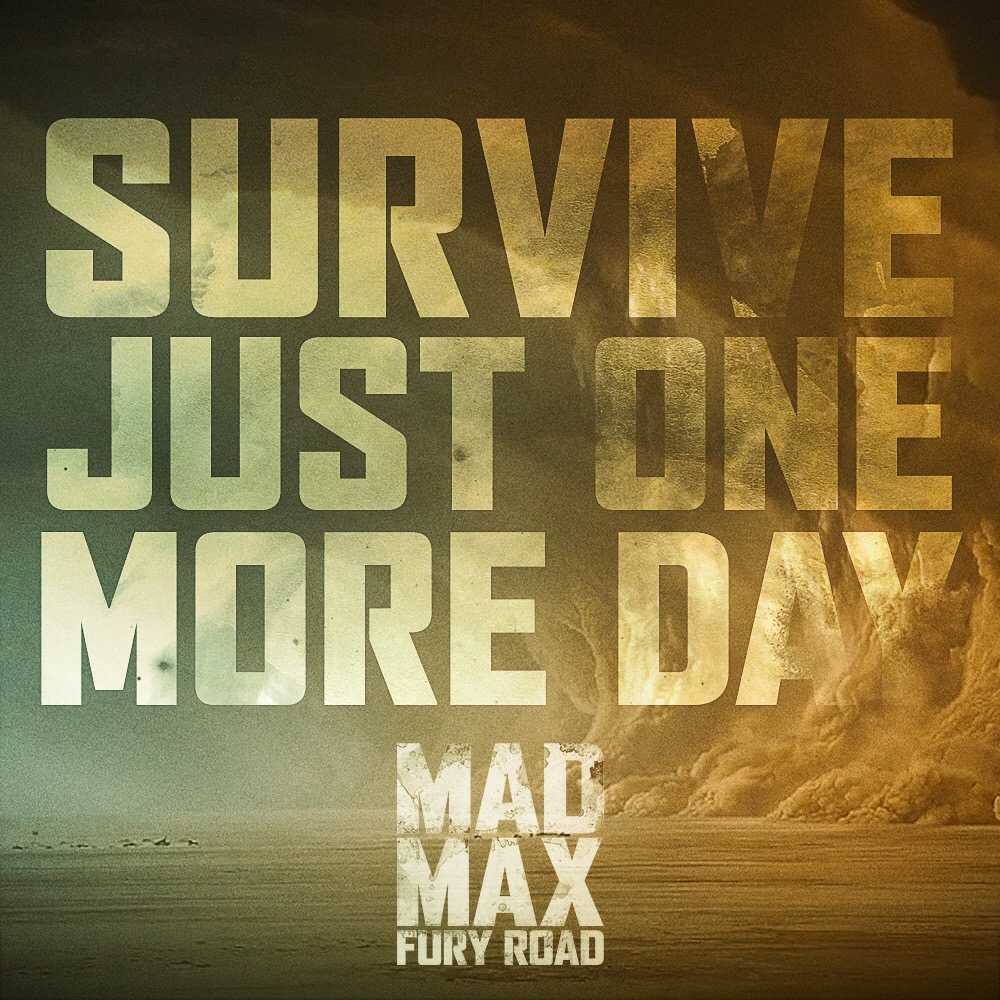 I’m a 90s kid. The first time I ever heard of anything to do with Mad Max, was Tupac’s music video for the classic ‘California love’. I was captured by the sheer craziness of it all. There was something just so endearingly bad*ss about muscled out cars cruising through the desert. Fast forward to 2015 and I get my first proper introduction to the mad max universe, and let me tell you something…it did not disappoint. 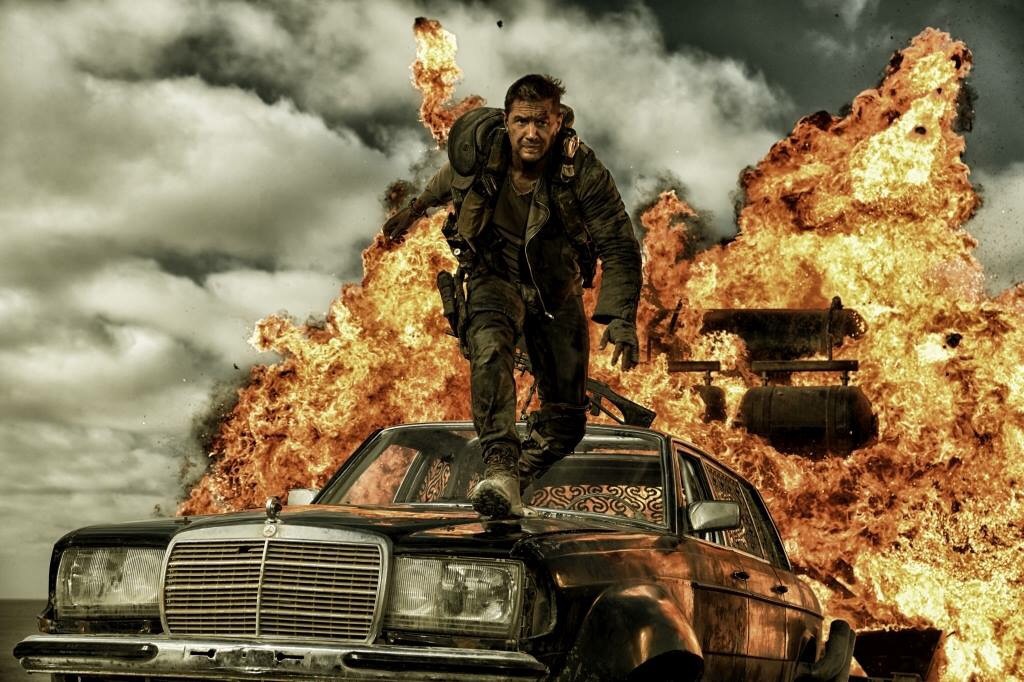 Visionary director’s George Miller latest instalment after an over 2 decade hiatus was critically acclaimed upon release. At a mere 2 hours, the film is a visually eye bending adrenaline fuelled action fest. This film is shocking. A hard R is warranted. The plot is extremely simple.

Yet, the film is difficult to describe to those who don’t know much about mad max.

There’s really very little someone can say to explain a film where a convoy is chasing an oil tanker and attacking it with guns and bombs, whilst an electric guitarist sets the tone from atop one of the cars. It’s pandemonium. But I think….that’s precisely what was intended. Take the ‘Mad’ in Mad Max seriously. This film is over the top and it knows it. If you’re looking for a fun gratuitous action flick on a Sunday afternoon then this is right up your alley. 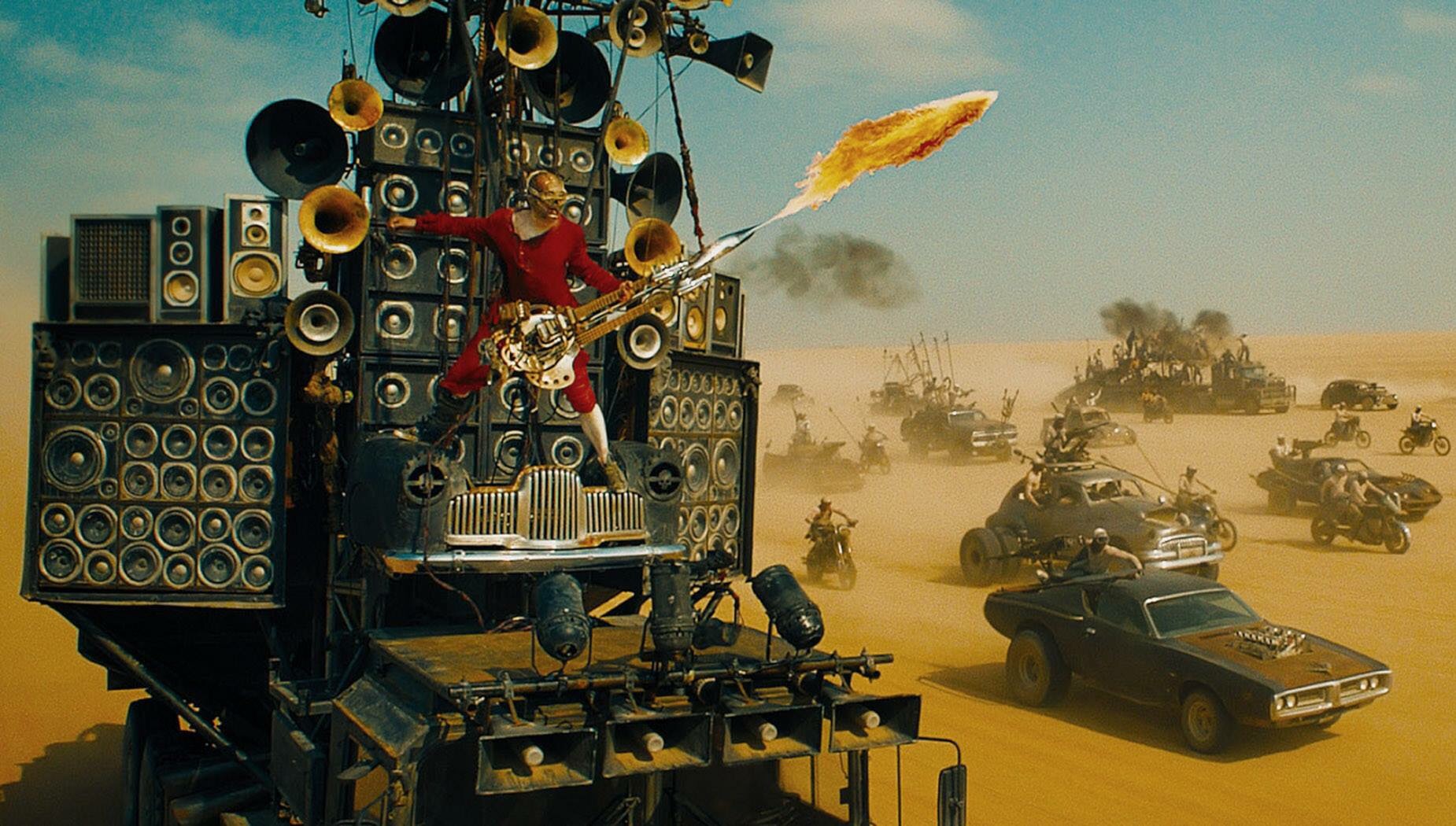 But somehow, the film makes you invested in more than just the action. I don’t know how they managed to do this, when they actors have very, very little dialogue. The film stars Tom Hardy, Charlize Theron and Nicholas Hoult…but I really can’t say much after that. The real star is the movie I suppose. The action set pieces are sublime, the costumes are a brilliantly creative imagination of a dystopian, vehicle-centric future wasteland. The cinematography really adds a dirty/greasy feel. The movie is a spectacle that demands witnessing.

But back to the characters, without spoiling too much, I think what was done brilliantly was that each of the character was given one unique element about their backstory that would make the audience care about them. This is then ingeniously woven into the main plot, for what little drama the film had going it’s way.

The movie is a spectacle that demands witnessing.

The acting is also spectacularly over the top. At some points Shakespearean, yet strangely, I absolutely loved drinking in every second of it. Brilliantly satisfying.

I think ultimately if you understand that the flick is a clever and creative look at potential dystopian future with limited resources and an abundance of engines, then you won’t be disappointed. The film makes it clear right from the start that it mustn’t be taken seriously. I can’t emphasise how much the ‘Mad’ is taken literally.

This has honestly been my toughest review yet because this film is just so unique and indescribable. A gutsy, artistic, heart racing action fest.

The film contains disturbing/frightening imagery, gore and violence and some swearing.