Kingdom of Heaven (2005) is directed by the legendary Ridley Scott and boasts a stellar cast including Eva Green, Orlando Bloom, Edward Norton, Brendan Gleeson and Ghassan Massoud. The film also has brilliant appearances by Jeremy Irons and Liam Neeson, and a fun pre-fame extra role played by none other than Nikolaj Coster-Waldau. The film chronicles the historical events of the 12th Century between the periods of the second and third crusade and the eventual conquest of Jerusalem at the hands of Sultan Salahudin Al Ayyoubi (Massoud). 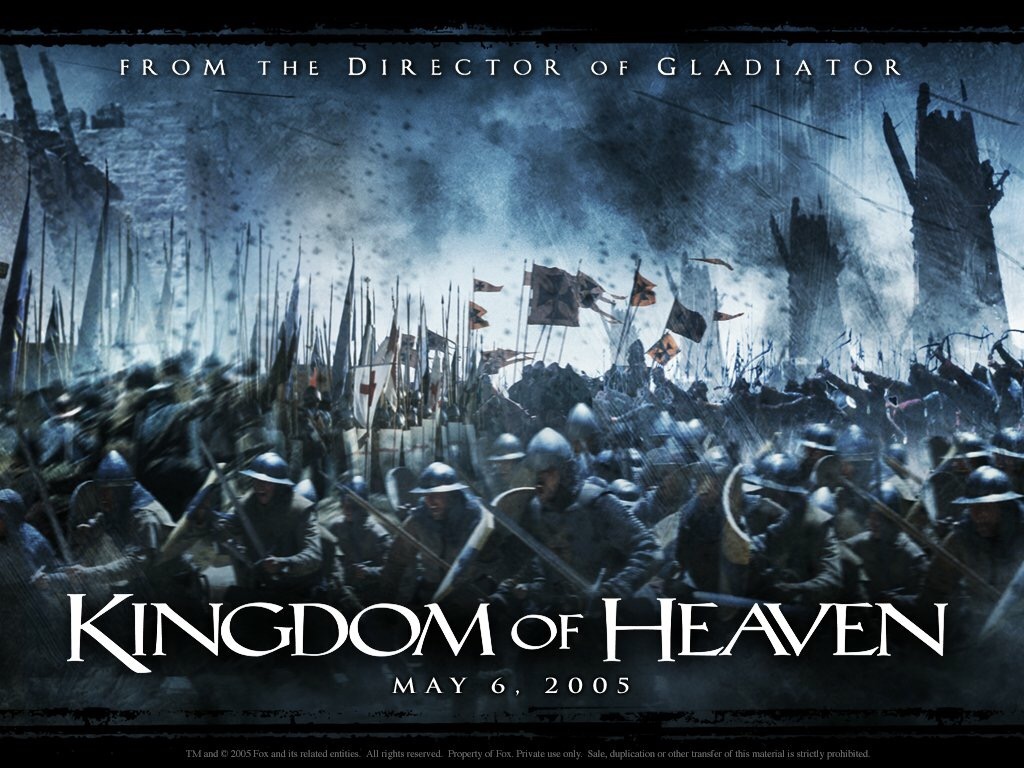 All I can say is, here is a movie that was a good movie – that failed to be a phenomenal movie. The director’s cut (which I highly recommend) makes it a really good movie – but it still falls short of an epic.

In the long history of the historical ‘sword and sandal’ genre, no subject matter seemed quite as sensitive as the crusades. A topic, due to current affairs in the Middle East – that is all too tough to tackle and stay away from controversy. Enter Ridley Scott, legendary director of Gladiator (2000) and Alien (1979). What Scott has brought us, is like Gladiator – a visually rich, cinematically stunning historical (I use the term historical lightly) that falls flat from the awe-inspiring majesty of the former.

Much like Gladiator, the film is not wholly historically accurate. Much unlike Gladiator – the costs are higher (due to the aforementioned issues in the Middle East). To create a film about a clash of civilisations is not easy to do without falling into arbitrary roles of good and bad, but that is where this movie fails. Villains like Brendan Gleeson’s Reynold de Chatillon are depicted as one dimensional, sometimes cartoonish, bloodlusters. The crusades is one of the most complex and fascinating periods in human history. It would be disservice to water down the events as done in this film. Morally complex/ambiguous movies and TV shows since The Dark Knight (2008) have become more popular and had this film come out a few years later….perhaps it would be more balanced and less straightforward.

In the long history of the historical ‘sword and sandal’ genre, no subject matter seemed quite as sensitive as the crusades.

Another reason this movie can’t live up to Gladiator’s majesty was because Orlando Bloom…simply sucks. Giving a beard to the whiny pretty boy from Pirates of the Caribbean does not turn him into a commanding presence able to carry such a grand epic. He is devoured alive by Neeson and Irons. Even Eva Green’s Queen Sibylla has more command than him. Russell Crowe in Gladiator…now there was a larger than life character. No one will ever forget the vengeful Roman General and how he went toe to toe with Joaquin Phoenix’s sublime Commodus. Instead…here we have a flat, emotionless performance from a childlike pip-squeak. A total miscast. Because of him, the movie sort of just occurs, rather than happens. A different lead would have perhaps created greater audience interest.

Even Edward Norton’s masked performance was more charismatic than his. And oooh what a performance it was. With just his voice he conveyed subtle leadership, hopefulness and vulnerability. Eva Green gave a very sensitive and graceful performance too, and I loved her Queen Sibylla. My favourite by far was Ghassan’s Saladin. A man who has been mythicised as a great and noble hero, he owed it to millions to give a noble, wise and strong performance. He did not stumble. I wanted more of Saladin, and even the Directors Cut didn’t have just enough.

But what this film is, is an undoubted depiction of the evils of fanatical passions and military adventurism.

Speaking of the Director’s Cut, that is really the only version of the film I recommend. The original version is far shorter and the scenes transition in a confusing manner, leaving questions unanswered. It feels like a lot of important information is skipped over. It is. Some of the best scenes of the film are from the Directors Cut, like the plot involving the boy king. The film certainly does suffer from pacing issues. It feels overly long. Which is why I suppose the Directors Cut was needed. To show what Scott had really intended. I really think that the film was overly ambitious with how much it tried to stuff into a single feature, and had a rushed ending. The final battle felt no stakes existed. I just wasn’t as emotionally invested in it as I could be.

Other than all this, I haven’t seen such a beautiful grand historical in a long time. Jerusalem looked absolutely gorgeous. The Karak castle too was breathtaking. This world was so inhabitable. And I just love how it’s contrasted with the cold, barren and depressing France. When we first experience France, there’s a funeral in winter. When we first experience Jerusalem, it’s an exotic weathered rich market place. It is historically agreed upon that many Crusaders came to the East to plunder, and the contrast in wealth is depicted all too well. The costumes are absurdly beautiful. Not a hair was out of place and the attention to detail was remarkable. Simply remarkable. The 12th Century Middle East was recreated before your very eyes. You could just touch it.

I’d be lying if I said I didn’t have a soft spot for this movie. At the heart of it, it’s a delicate, tender piece of art which tries to bridge the gap between peoples. I find the horse trade and theological similarity/contrast scenes particularly moving. Some may be moved to tears. It’s a lovely, sweet movie. It’s unfortunate that it couldn’t be a lot better. 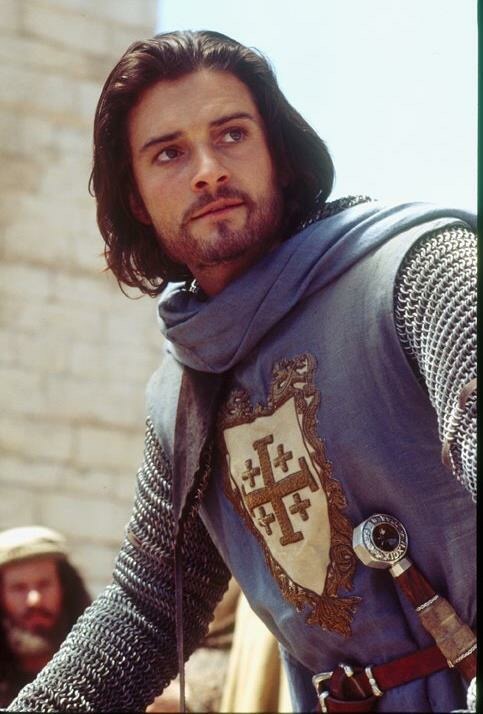 But what this film is, is an undoubted depiction of the evils of fanatical passions and military adventurism. It stands as a metaphor harkening back to the past of a time, not too dissimilar to our own, where peace between different peoples could and would prevail. It’s an unfortunate reality that the film ends with the statement : nearly 1000 years later, peace is still elusive in the Middle East.

2 thoughts on “Kingdom of Heaven: Swords,Sand and Saladin.”