Too big to fail (2011) is directed by Curtis Jackson (no, not 50 Cent) and is based on the book of the same name written by Andrew Ross Sorkin about the financial crisis of 2008. It stars William Hurt, Topher Grace, James Wood,Paul Giamatti, Cynthia Nixon and others.

This movie is short. In fact, it debuted on HBO and was made straight for tv. At 99 minutes I wasn’t expecting much to be honest. I love it whenever I’m pleasantly surprised. Too big to fail is a serious, well acted look at the response the federal reserve and the largest Wall Street investment banks made in response to the financial crisis. This movie is so authentic, my professor recommended it to me in a banking law class, I can tell you that what I saw in this movie is almost 100% what I learnt in class. For that I commend the film’s almost documentary style attention to detail and it’s avoidance of over-dramatisation and inaccuracies for the sake of entertainment. 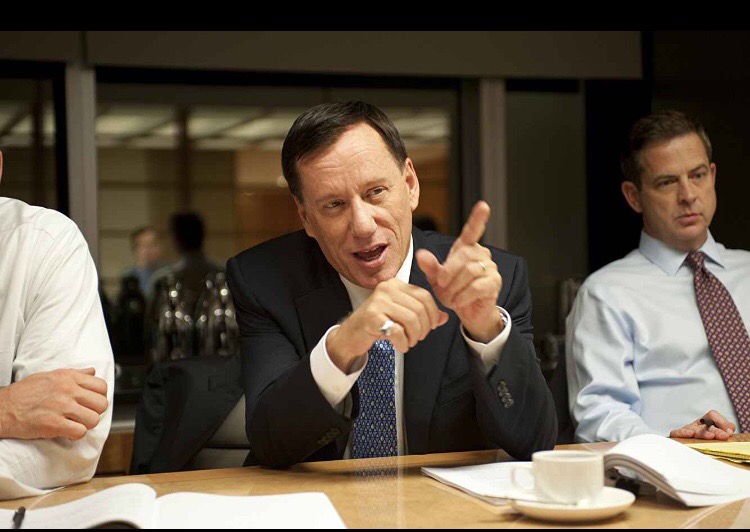 The film is pretty quick paced, and the characters aren’t developed as such, the movie dives right into the crisis, and you meet the character (depictions, rather) so swiftly they’re introduced by screen titles (again, like a documentary). Clearly this film wasn’t aiming at character development or backstory, nor was it aiming at depicting protagonists and antagonists. The film was merely attempting to depict through a 90 min dramatisation the worst financial crisis in decades. So if you go in to film expecting character arcs and motivations, you’re going to be confused and disinvested. If you can’t watch a film where these conventions are not expected, then this probably isn’t the movie for you.

But I’m not sure if my review is going to be a true reflection of the merits of the film. I already went into it with a lot of background knowledge of the crisis.

That being said however, the film is still acted ravishingly. Paul Giamatti is as charismatic as always, I really feel the stress and pressure William Hurt brings to the role, and I can only imagine what the situation would have been like for a man in his position at the time of this crisis. Great depiction and did it’s job fantastically at conveying the sheer stakes that were at play here. Even Topher Grace pulled of a surprisingly mature performance. As soon as I saw him, I rolled my eyes expecting this TV movie to not care about the corny acting I was expecting of him. But again, I was pleasantly suprised.

The musical score was good too, again – not something I was expecting out of a made for TV movie, and it kept me invested and created a feeling of immediacy, since the characters were working round the clock.

Interestingly, for a short film this movie has a lot of exposition. In fact it’s exposition loaded. I suppose a movie trying to come across as some historical dramatisation rather than creative film would want to jam pack enough information into it, but it’s still done pretty effectively and cheap tools like narration are avoided. Instead, a lot of the exposition is carried out during meetings, walks to meetings, and phone calls. I think this is done really well, and not for a minute did I feel overburdened with too much information too quick.

But I’m not sure if my review is going to be a true reflection of the merits of the film. I already went into it with a lot of background knowledge of the crisis. I knew what to expect, my job was simply to evaluate whether it is appropriately delivered. Is this film educational? Hell yes. Would someone without an understanding of the crisis appreciate the film as an introduction? Probably. Would they understand the film though? I don’t know.

After this I have to yield that this is my simplest review thus far. It’s very difficult to say much about a 99 min flick that offers only a snapshot into a very troubling time in the near past. The most I can probably say is, I was pleasantly surprised by how well they pulled it off. 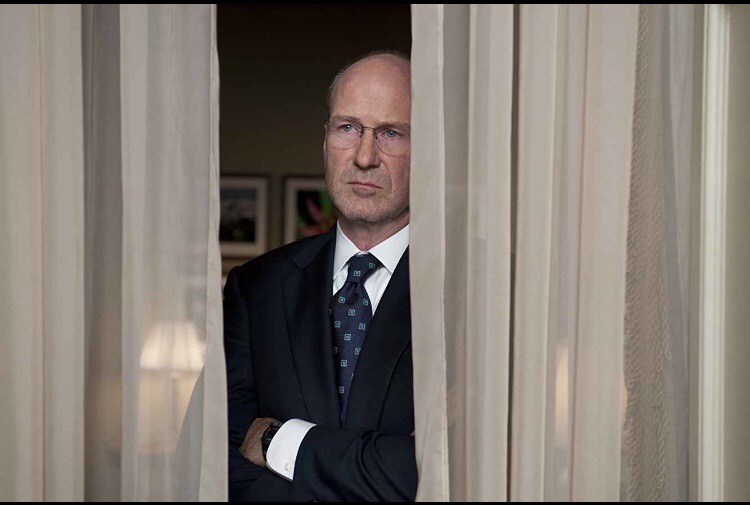 But what this movie is, is an illustration of what film can do, and does it really well. The purpose of film isn’t always to entertain, film can be used as a fantastic medium to educate, inform and inspire. And I think it’s accomplished brilliantly here.