Ali (2001) is directed Micheal Mann and stars Will Smith, Jon Voight, Jaime Foxx, Mario Van Peebles and Nona Gaye. It is a Biopic account of the life of legendary boxer Muhammed Ali between the period of 1964-1975. 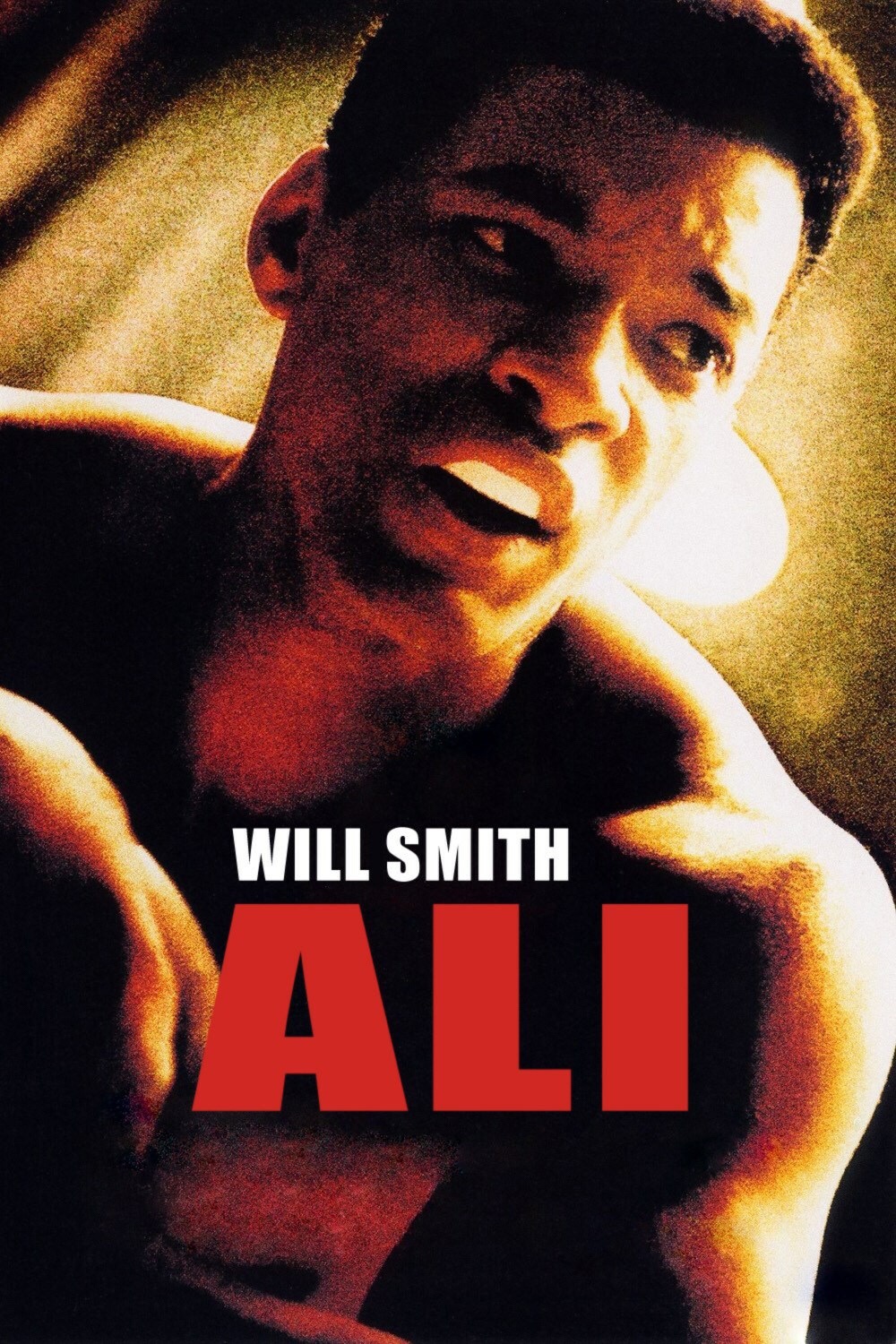 Here’s another one that shot for greatness and unfortunately didn’t quite hit the mark. The last film I reviewed of such a calibre must have been Kingdom of Heaven (2005) and be sure to check out what I had to say if you haven’t already. Too bad Ali doesn’t even reach that high level of mediocrity!

This film had so much going for it. Micheal Mann has the potential of pulling off fantastic character studies (Heat) which is just what Ali needed. Will Smith was in perhaps the most popular stage of his career. And Jon Voight is a heavyweight (no pun intended).

There are some truly powerful scenes in this movie, especially in the last act. The jogging scene in Zaire is heartbreaking.

The acting was top notch for the most part. With the exception sadly of Will Smith. Im sorry to say that this wasn’t the performance I was hoping to see. Props to him for adding the relevant pounds of muscle for the role. Props to him for learning Ali’s in ring movement and habits. Props to him for attempting the Kentucky accent. Props to him for the dedication and for the Oscar nomination. But he simply was not Muhammed Ali. This seemed like a weak imitation of Ali, rather than an embodiment, unlike Denzel Washington in Malcolm X (1992). Here, Smith seems nervous, self aware, as if he’s trying to tick a checklist of impressions and behaviours to nail this Ali impersonation rather than capture the spirit of the man. His performance lacks Ali’s raw energy for the most part.

But on the other hand, Jon Voight’s Howard Cossell was great! I didn’t even know it was Voight playing the character until the credits rolled up. He was the Ying to Ali’s Yang and was a joy to watch. Jaime Foxx was inspirational too. I don’t know much about the real life character he portrays but he puts his heart into giving a great and passionate performance.

Mario Van Peebles also seemed to do a “Malcolm X impression”. It’s serviceable since he’s hardly in the movie, and it doesn’t stand out too much. I really do like how it shows things about Malcolm X that were important but were never addressed in the Spike Lee Malcolm X biopic, and I see this as an extension of that film, to a degree.

The rest of the cast is great too, in their respective supporting roles.

There are some truly powerful scenes in this movie, especially in the last act. The jogging scene in Zaire is heartbreaking. Although it lasted very long (and I’ll address that) I felt it totally encapsulated the love, admiration and lionisation we tend to make of sports stars – especially those that stand for a great cause. It was simple and effective, and remained with me for hours after the end of the film. Sometimes I look for it on YouTube just to experience it again. 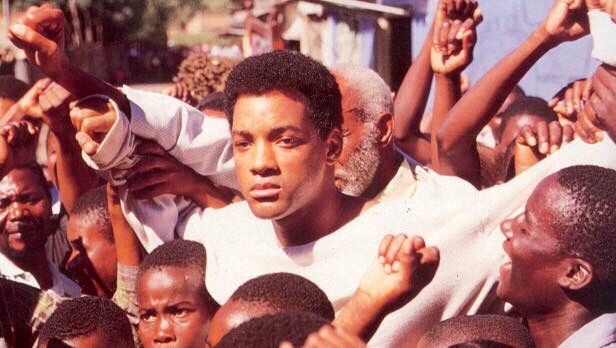 Another such scene was the legendary “rumble in the jungle”. Although it felt a little drawn out (and I’ll get to this too), the conclusion was cinematic gold and I totally respect and admire how the real life match was respected and re-enacted with dramatic flair.

However, to witness such scenes in this long movie…is like finding an oasis after traveling through the desert, again and again. The scenes in the middle of these epic ones are long, boring and dry. Not much happens. Every time it seems something will happen, the scene dies down. It’s sad to say that throughout this entire movie it doesn’t feel like a coherent enjoyable narrative. The film could have had a stronger script. When the movie begins, you have no idea who Sonny Liston is. You don’t know why he’s feared. You don’t know Cassius Clay or anything about his personality – yet you’re flung into the movie expecting to be an expert already. If it was up to me, the film should have been longer with more substantive scenes.

As I said earlier, a lot of the scenes were dragged out. The “rumble in the jungle” was 20 minutes, and though it was important and paid off, should have been built up better. That really long running scene had people checking their watches. The film as a whole needed better editing.

The cinematography and costumes were great. Especially in ring, Micheal Mann did a lot to depict Ali’s matches. The man was a famous boxer, and I’m happy a lot of effort went into his fight scenes. The cinematography is such that the scenes play out as some sort of documentary rather than a film, and a lot of low angle shots are used in ring, as well as some close up shaky cam, to make the audience feel like they’re in the film. It isn’t as dramatised as the Rocky films, but it feels and looks authentic and similar to Ali’s actual fights.

The soundtrack is obnoxious. The bluesy Motown music gets very old VERY quickly. These pointless songs appear over so many scenes that you honestly blur them together. Some more of that kettle drum and bass would have been nice. The Saif Keita song “Tomorrow” in the Zaire scenes were beautiful and the film would have benefited from such music more, as they showed the spirit of the man.

To wrap up, this was an attempt to capture the life one of the most impactful men on the 20th century. The film came in with no clear direction or message that it was trying to tell, but executed a checklist of moments in history the filmmakers felt were necessary to depict. 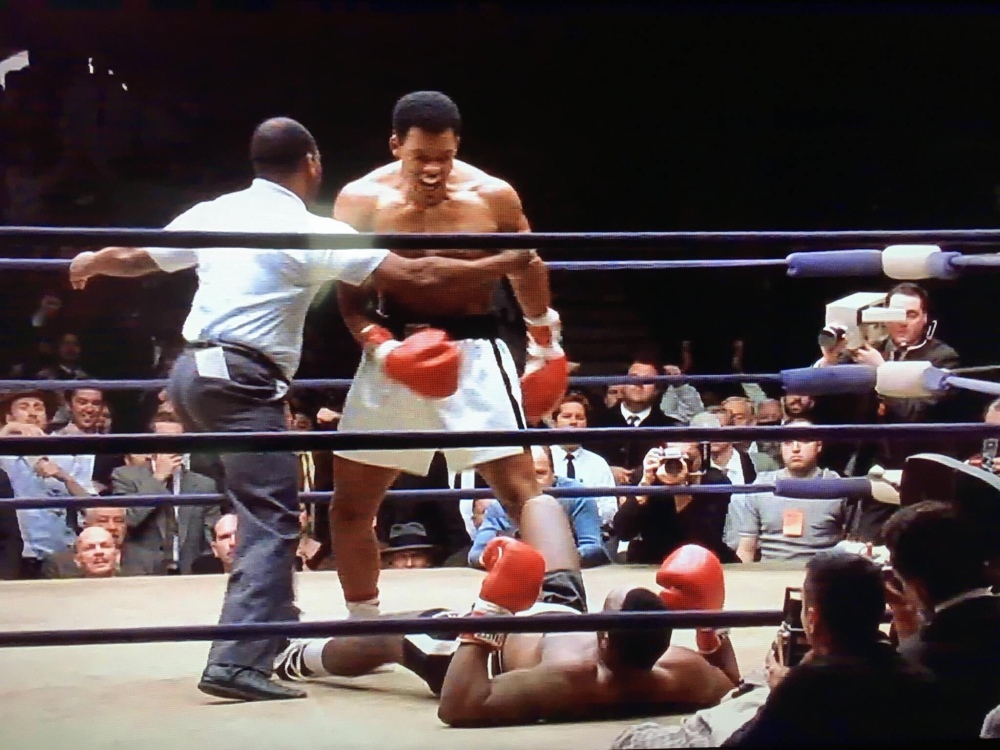 That being said, I still recommend you to watch this film at least once in your life. For the experience. Muhammed Ali was a larger than life character. This is the only attempt to depict his life on celluloid, and although it does an average job – it respects the Man who inspired it. Watch to learn more about Ali.

One thought on “Ali: Banter, Bans and Bouts”