It follows Captain America: Civil War (2016) with T’Challa (Boseman) returning to his native home of the technologically advanced and isolated African state of Wakanda to deal with succeeding the throne.

I don’t know if I’ve said it before, but what the MCU have done in the past 10 years is astounding. In 2008 with the release of the first Iron Man movie, I would never have imagined that such a daring and breathtaking Superhero film like Black Panther would ever be made. Still, it has been a long time coming. In the decades long history of superhero films, African Black heroes have been certainly underrepresented. We do have instances of the now dated and forgotten Blade (1998-2004), while though respectable do not live up to the times. On the other hand of the spectrum we had disappointing jokes like Hancock (2008) and *shudders* Steel (1997).

Even today, in the supposed “Golden Age” of comic book movies Black superheroes are relegated to the role of side-kick ala The Avengers own War Machine and Falcon. There personal motivation are not strong other than to serve as an assisted to the protagonist. Civil War changed all that with the introduction of the powerful and wealthy African King. The MCU has alluded to Wakanda and the Black Panther since 2010’s Iron Man 2, and today we finally have our first superhero film with an all black cast, black director and set in Africa. Suffice to say that the attention and hype this film has received (not forgetting that it’s the final solo entry before the behemoth known as Infinity War) has created a lot of pressure. Did it meet expectations? It surpassed them.

Black Panther is unlike any MCU film that has come before. Fresh, revitalising, serious and still lighthearted the film produces a jungle adventure, political drama, soap, spy thriller and war film all wrapped in a beautifully embroided bow. 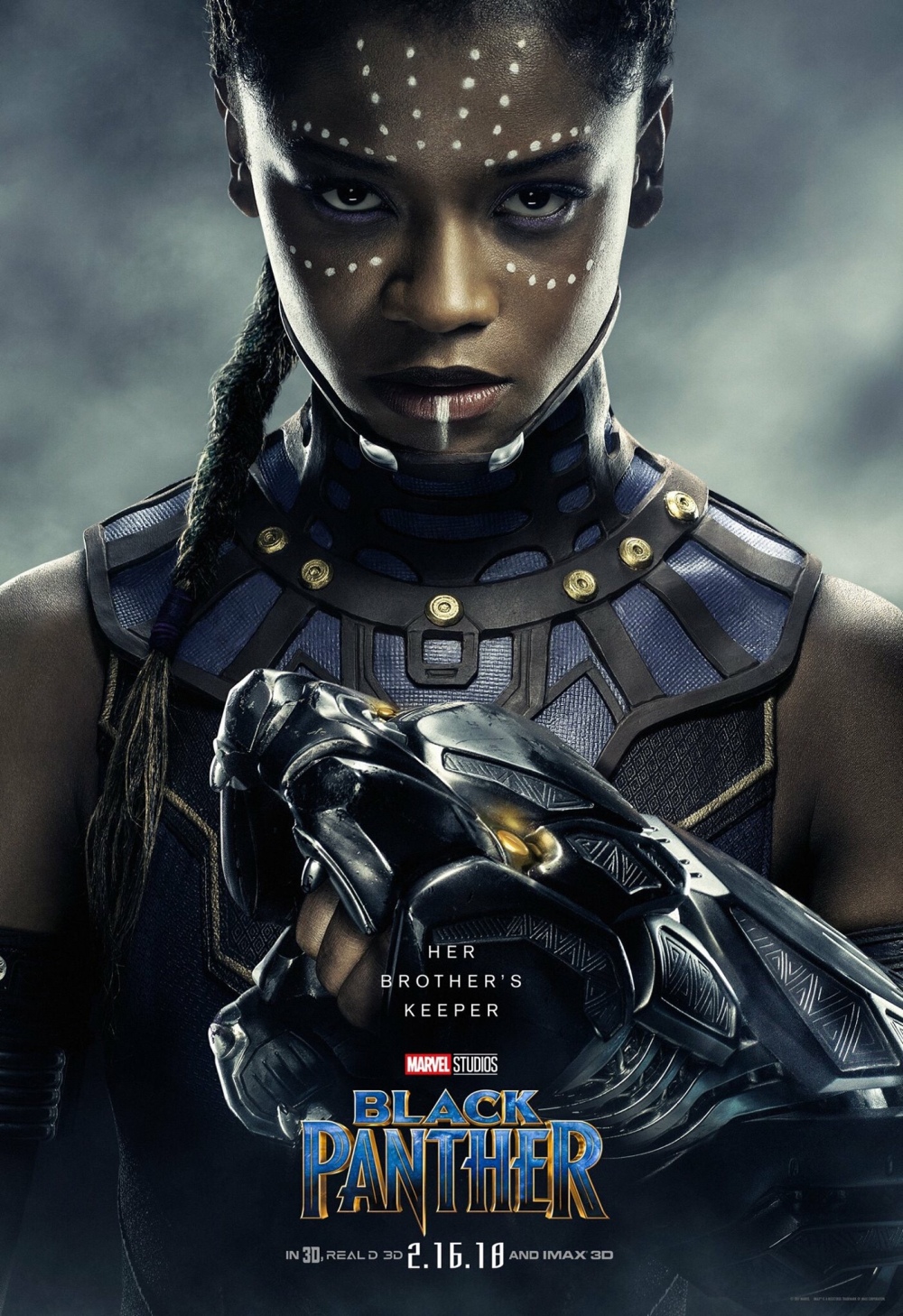 Let’s start with the performances. Chadwick Boseman shines as the young leader we got glimpses of in Civil War, and really shows us just why he was perfect for the role. I especially enjoyed his chemistry and banter with Letitia Wright’s Shuri and the pair really did come across as siblings. Martin Freeman functioned better than just the “government man” he was in Civil War, and I actually found myself won over by his character development in this story which is always a plus. Lupita while great and enjoyable to watch is overshadowed by the other more over the top and fun characters. From the protagonists I have to say that Danai Gurira’s Okoye stole the show for me. She was so fierce and vicious, reminiscent of Gerard Butler’s epic performance in 2006s 300 yet still managed to land the comedic and softer scenes with grace enough to create a well balanced and respectable heroine. Now let’s quickly start discussing the villains. 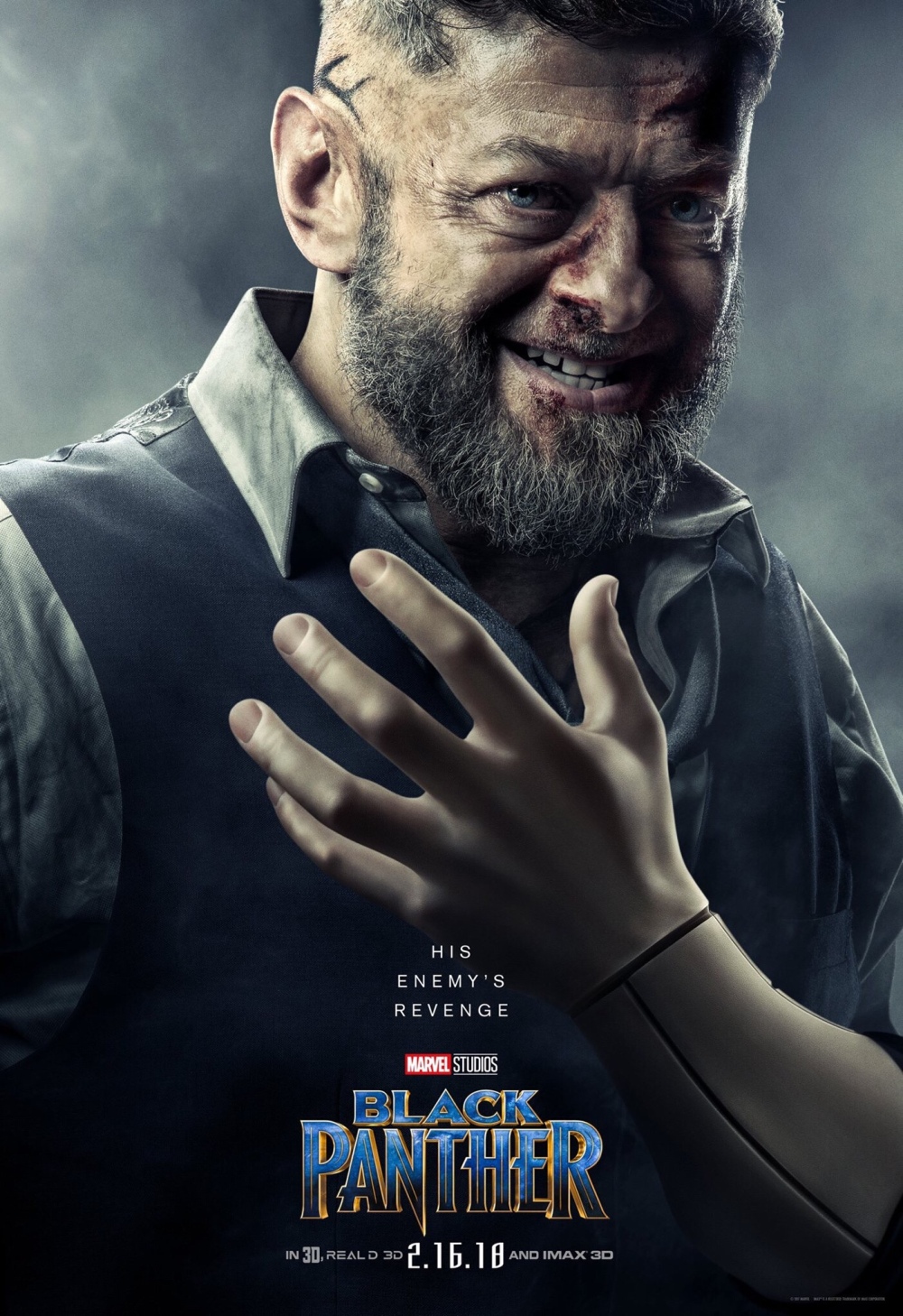 Andy Serkis is actually detestable. In a great way. His limey Ulycess Claw was introduced in Avengers: Age of Ultron (2015) but didn’t have much of a role to play. His role in this movie was much larger. His potrayal of the South African arms smuggler is fun, gross, irritating and entertaining. If there was ever a live version of another of his iconic characters, Gollum – this would be it.

Micheal B Jordan is absolutely enrapturing. This is easily the best Marvel villain since Loki. I wish he had more screen time, I wish he had his own movie, because he was amazing and I loved every scene he was in. The man had a very intensive exercise regime and it pays of in terms of his physique in this film. But his performance is far more worth noting. Brash, bitter, confident, cool and dangerous. Aside from the performance, I have to say his character was exceptionally well developed. For the critics who claim that Marvel has generic one dimensional villains, here is a villain whose motivations will stand out. Tragic, sympathetic, misplaced, his driving factor is deeply examined in this movie, as is his relationship with the his heroic counterpart.

Black Panther is unlike any MCU film that has come before. Fresh, revitalising, serious and still lighthearted the film produces a jungle adventure, political drama, soap, spy thriller and war film all wrapped in a beautifully embroided bow

Not much else can be said about the performances. Marvel has had a pretty solid track record with enjoyable performances and this film is certainly no except there.

Now let’s discuss where the film IS exceptional. The world it creates. Whilst DC has been praised in some part for it’s gorgeous cinematography, Marvel films have been criticised for appearing duller and uglier as time goes by (re: the eye-sore of an airport scene in Civil War). But this here is different. And here is the unique selling point of the movie. Wakanda and everything about it’s culture is just gorgeously stunning. I was expecting to see more generic sci-fi flying machines, or at best a strange alien world nobody can ever confuse has truly habitable.

Instead Wakanda is a rich and thriving African culture simply created for this film. I’ve never seen anything like it, nor do I think this has ever been made before. Obvious inspirations have been drawn from real life such as the Masaai warriors of Kenya and Tanzania, or the great mosque of Timbaktu inspiring the royal architecture. But the beautiful and thriving blend created is a visual delight. The film celebrating African cultures from across the continent without any patronising or derogatory content. Even Winston Duke’s famous character “Man-Ape” was renamed M’Baku just to avoid controversies. I wish I could visit Wakanda. And when a film succeeds in making you wish to visit its fictional world, it’s truly effective.

Let’s not forget the movie is a superhero film and discuss some of the action. The close combat martial arts and hand held weaponry is SUCH a welcomed change. The MCU so far has mainly consisted of fights involving guns, lasers and supernatural tricks. Here we have a unique fighting style utilising the dangerous and strong metal of vibranium which leads to some heart racing and enjoyable action. It is refreshing to see old fashioned action scenes which appear more grounded and I certainly felt more tension for the characters after I grew desensitised by some of the older more generic violence. 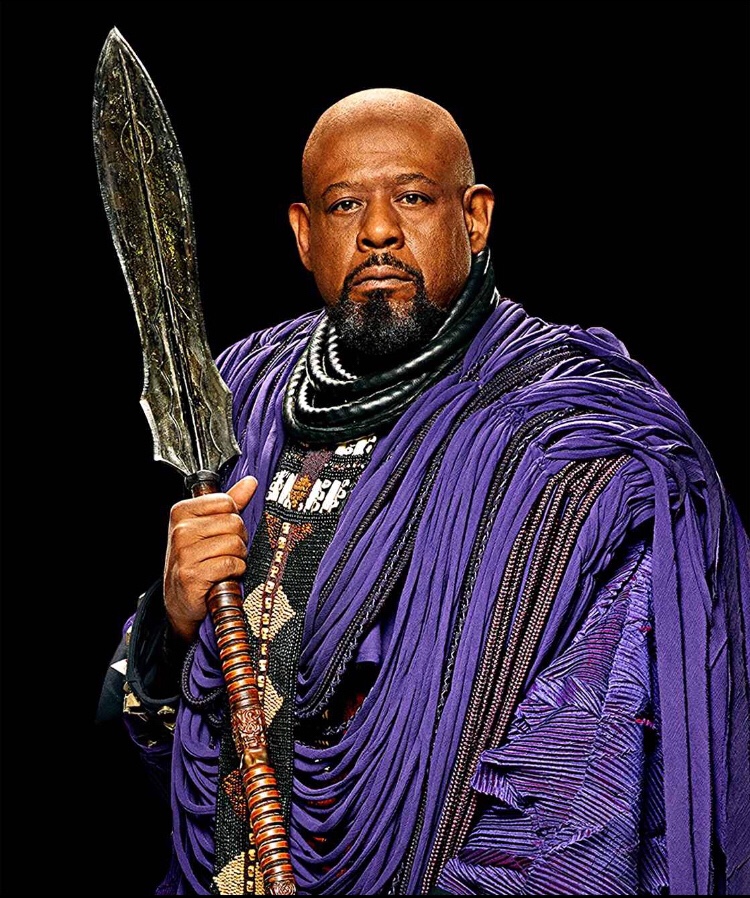 The soundtrack is something else that thoroughly needs to be celebrated. Whilst Marvel has produced lacklustre and less than memorable themes (other than perhaps its logo theme and the now almost iconic Avengers theme by Alan Silvestri) this is something truly memorable. The use of tradition instruments and singing really set the adventurous and African atmosphere and Kendrick Lamar’s album is utilised but thankfully sparingly in select scenes.

Let’s talk a little bit about the political undertones. At some points overt, at some points passive the filmmakers really are using the movie to make a statement. A statement about international relations and aid. One about nationalism and pride. One of traditions and why they need to be broken. One of identity and the rapidly changing world. All artistically and intelligently handled by the superb script. In a way Batman v Superman never did. Who said Marvel films are for kids?

Ryan Coogler delivers a fantastic film. More than just a clog in the wheel of the Marvel machine, this is a movie than can be and is being appreciated by anybody and everybody. And to produce such creativity this deep into a franchise is commendable.

But what Black Panther is, is yet another fine example of invincible Marvel breaking new barriers and surpassing our expectations about what a movie is. About what a movie can be. Where will they possibly go now that phase 3 is over?

One thought on “Black Panther: It’s Magical, Tragical and Tribal.”